Cast iron skillets are durable pans that will last for generations. The pan heats evenly and stays hot keeping food warm until you’re ready to eat. Once the skillet is seasoned, you’ll find that almost nothing sticks to the bottom. Everything from eggs to bread slides easily off a cast iron skillet. In this article, we’ll learn how to clean a cast iron skillet after use.

The key to cooking with cast iron pans is the seasoning. It’s what gives the skillet its non-stick finish. Lose the seasoning, and everything sticks to the pan. It’s the fastest way to ruin a cast iron skillet.

How to clean a cast iron skillet after use

You don’t want to lose the pan’s seasoning. You can re-apply it, as long as you haven’t used the pan. It takes a while to reapply, which means you can’t use the skillet. The fastest way to ruin the coating is to toss it in the dishwasher. Soap removes the seasoning. You also don’t want to use dish soap when you’re washing the pan by hand.

You’ll need a few items. You probably have most of them in your pantry and under the kitchen sink.

Don’t wait until the pan is cold. It’s easier to clean while it’s at least warm. You also don’t want to leave it soaking. The water can cause the pan to rust.

Your cast iron skillet is clean and ready for use. You want to keep the skillet in a dry place. Some people like to hang their skillets from hooks. Others leave the pan on the stove.

How to Save Your Cast Iron Skillet After the Dishwasher

It’s true. Your skillet won’t be the same after the dishwasher. Along with losing the coating, the iron will start to rust. However, there are a few things you can do to restore your favorite skillet.

The steps are the same whether it’s a new skillet or one that went through the dishwasher. You’ll coat the bottom with oil or shortening. Vegetable blends work best. When the bottom is coated place the pan, upside down, on the middle oven rack. You’ll let the pan bake at 375° for one hour. You’ll recoat the pan after each use, though you don’t have to bake the coating after the first application.

It is easier to try and save a newer skillet. Older cast iron pans have pits and scarring on the bottom. The uneven surface is difficult to completely cover with oil. It will take several coats before the pan is close to what it was before the dishwasher.

One tip is to lightly sand the bottom of the pan. It will even the pittings out and remove any rust that has started to form. It’s a slow process, especially when you add in the time it takes to season the pan. It is worth a try. It’s also less expensive than buying a new cast iron skillet.

What to Look For in a Cast Iron Skillet

Not every cast iron skillet is salvageable after losing its seasoning. Sometimes, your only option is to buy a new one. Whether you go to the antique market or home chef store, there are a few things to look for. 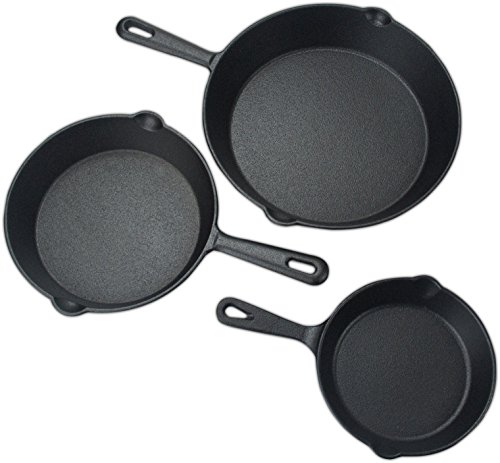 You have a lot of options when it comes to modern cast iron skillets. Textures and weights differ by brand. These differences also affect the best uses for the pan. Heavier skillets with rougher bottoms are great for braising and searing. Heavy pans with smooth surfaces are perfect for searing lighter meats like fish.

Anyone that uses their cast iron skillet for baking will want a lighter one. Bread, pies, and casseroles will all turn out great. There is a downside, the lighter pan does take longer to braise and sear. It doesn’t retain as much heat like a heavy cast iron pan.

Mistakes do happen and your pan can lose its season. Sometimes, you can repair the damage, but most people have to replace their skillets. Whether you choose antique or modern, make sure the skillet fits your needs.