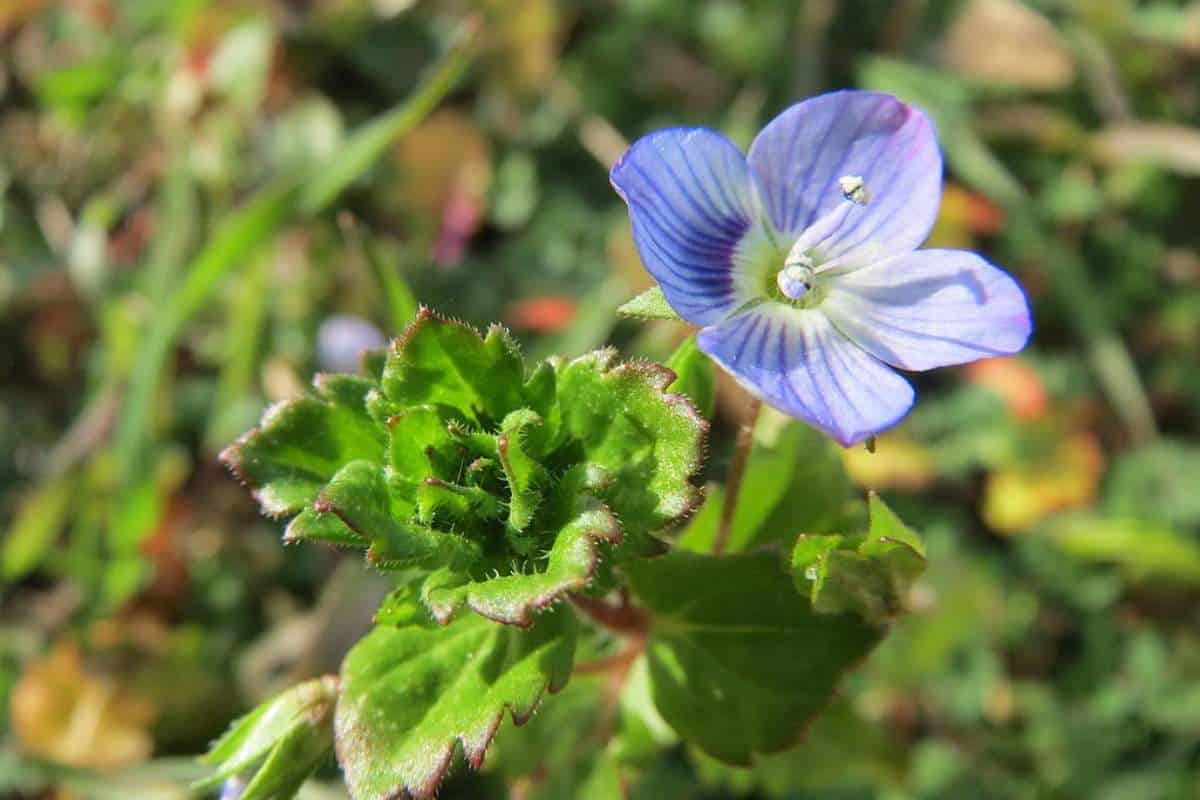 Weeds take up space that other plants need for growing and thriving. The more weeds there are, the less room your garden or lawn has to flourish. These plants also have seeds that spread easily from one location to another. If just one of these plants gets into your garden, it can quickly grow into a whole field if not managed! If you’re a resident to the state of Ohio, or any other state, it’s critical to understand and identify the various weeds that grow near you.

Here are 16 weeds in Ohio to keep an eye out for in your garden or on your lawn!

16 Common Types of Weeds in Ohio

Japanese knotweed is a plant native to Ohio that has become a nuisance for gardeners. The plant is classified as invasive because it spreads quickly and can harm native plants. This weed thrives in disturbed areas with plenty of sunlight and moist soil.

Knotweed is a perennial plant that can grow up to 8 feet tall, with reddish-brown stems and oval-shaped leaves with pointed tips. It’s best to mow regularly to prevent Japanese knotweed from spreading. You can also use herbicides to kill them.

The dandelion is a plant that’s well-known and beloved by many. However, It’s also a weed that grows anywhere. This perennial plant grows from a strong taproot and produces a single flower head that can be yellow or white in color.

The leaves are toothy and deeply notched, and they develop from the plant’s base. Dandelions thrive in areas with direct sunlight, such as lawns and fields. They can survive in various soil types, but prefer nitrogen and potassium-rich soils.

Yellow wood sorrel is a perennial weed found on roadsides, waste areas, sidewalks, and lawns. Each flower on this plant has five petals and will eventually become seed pods. Its leaves are made up of three heart-shaped leaflets.

This weed grows best in partial shade with moist soil and is one of the toughest plants you’ll come across. You can control them with pre-emergent herbicides and handweed those that have already emerged in your garden.

Johnsongrass is a weed that grows throughout the United States. It’s common in Ohio and can be a nuisance for both farmers and homeowners.

This plant is a warm-weather grass that grows in lowland soil and produces seeds from June to November. It has long leaves that can grow to be 2 feet tall. Johnsongrass spreads quickly through various habitats and may compete with crops.

One of the weeds found in Ohio is the Leafy Spurge. It grows in sunny areas, woodlands, and disturbed areas such as roadside ditches. It can reach four feet in height and has clusters of yellow flowers that bloom in June.

The leaves are narrow and have smooth edges. This plant may harm other vegetation nearby because it produces toxins and competes for nutrients and water. You can use herbicides such as Tordon to eradicate the plant completely.

Chickweed is a common thing in Ohio, particularly in the spring. It’s an annual weed that grows in lawns and gardens and can harm your plants by stealing nutrients.

This plant has small white flowers with 5 petals that grow at the top of the plant and oval-shaped leaves with a pointed tips. It can grow in areas with full or partial sun and will compete with others nearby. They have the ability to spread 20,000 seeds that sprout in the early spring.

The Speedwell can be found in a variety of habitats, including fields and forests with gravelly or stony soils. This plant is problematic because it grows quickly and produces a lot of seeds.

Speedwell is distinguished by its blue flowers with four petals and oval-shaped leaves with scalloped edges. To control this weed, act before it produces seeds or when it’s young and small. Remove the flowerheads before they bloom, or use a pre- and post-emergent herbicide.

Bittercress is a plant native to Ohio and other parts of the United States. It grows in a variety of habitats, most notably damp, open ground, turf, and waste places. Small white flowers on tall stems are also produced by this weed.

Because of its explosive seed mechanism, the bittercress can easily grow and reproduce, which is why you must control it before it produces seeds. To prevent these weeds from growing, plant thick grass in your garden or mow and handweed on a regular basis.

The wild carrot is a parsley family member with small white flowers that grow in clusters and turn brown as they mature. Wild carrot thrives in well-drained, fertile soil and can tolerate some shade.

Wild carrots can be a nuisance because they spread easily through seed dispersal. They also have a strong taproot, making them difficult to control once established in your garden or yard. You can either mow regularly or pull out the plants before they mature in the soil.

Wild mustard is a weed that grows in fields, gardens, lawns, and along roadsides throughout Ohio. This plant can reach a height of 2 feet and has bright yellow flowers that grow in clusters. Wild mustard spreads rapidly via seed production, and its seeds can live in the soil for many years.

If you want to get rid of this mustard on your property, begin by pulling up the weeds by hand until they’re all gone from the area where they’ve grown. You should do this before they produce seeds so there aren’t any left for new plants to grow.

Wild parsnip is a problematic invasive weed in Ohio because it grows quickly, spreads rapidly, and can cause severe skin rashes. This is a biennial plant that flowers in its second year of growth. It blooms from spring to midsummer and has yellow or white flowers.

It can also cause rashes, particularly during its blooming season. You can use herbicides such as glyphosate to prevent the growth of wild parsnip.

The Kochia can be found in a variety of environments, including lawns and gardens. The plant can reach a height of 4 feet and has numerous branches to which leaves are attached. Flowers appear in clusters and are typically green in color.

Kochia is a problem because it outcompetes native plants, particularly agricultural crops. They’re also resistant to some herbicides, making them more difficult to control. Kochia can be eliminated with the right herbicide and proper mowing and cutting.

Kudzu is a beautiful and unique plant that you can find in a variety of environments, but it’s most commonly found in areas with mild winters and hot summers. This vine can reach 100 feet in length and has taproots that can reach 9 feet in depth.

Kudzu has been described as one of the most destructive plants on the planet due to its ability to grow over anything in its path. One of the most effective ways to keep this vine from spreading further is to cut it down and pull out its roots.

The grapevine is a well-known vine because of its fruits, which are used for a variety of purposes, particularly winemaking. However, if left unchecked, this plant is one of the weeds in Ohio that can harm other shrubs and trees.

It can grow on any type of wood and attach to the sides of houses, fences, and trees. The only way to control this vine is to cut it up (roots and all) before it spreads any further than where it’s already growing.

The Apple of Peru is a common weed in Ohio, growing up to 1 meter tall with large, jagged leaves. Their flowers are purple and shaped like bells.

This plant grows rapidly and can be a nuisance to native plants in its environment. Aside from herbicides, you can also eliminate this weed through light tillage, hoeing, or cutting.

Shattercane is a tall, aggressive weed that competes with other crops. It thrives in warm climates and spreads quickly in its environment. Since it grows quickly and spreads so far, it can crowd out other plants.

Herbicides can be used to control this weed, especially in its early stages, and should be applied consistently for many years until it’s completely eradicated.